The Endless Struggle to Survive* 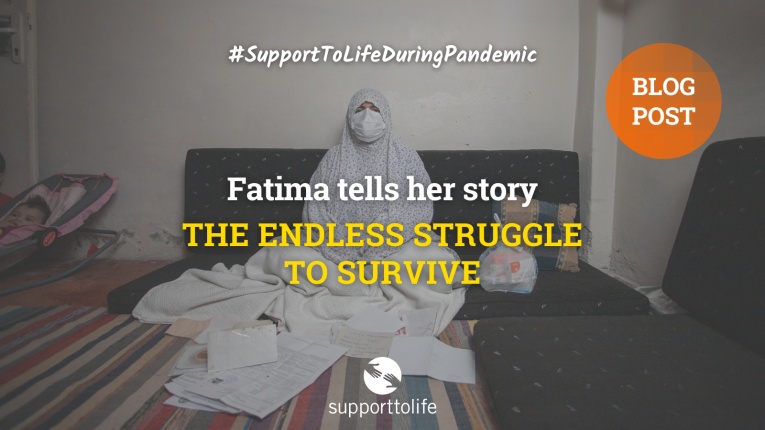 Fatima escaped conflict-ridden Syria, but not the chronic illness that left her feeling powerless. She fears her son could end up the same way.

When fighting in Aleppo intensified, Fatima and her family were left with no choice but to flee their country to find safety elsewhere. “We were scared all the time. We could not access the healthcare my son and I needed,” Fatima says.

Turkey hosts the highest number of refugees in the world, 4 million people, of which 3.6 million are from Syria. Fatima and her family arrived in Adana, a city in the southern part of Turkey, in 2015 where they have been residing ever since. At first, they struggled to afford rent, food, and her medication. “None of my children were working and we struggled to make ends meet.,” she says. For the past 20 years, Fatima has been struggling with entercutaneous fistula (ECF) syndrome and even though she has had an operation, she needs to continue taking her medication. Her eldest son also suffers from the same syndrome.

After five years of rebuilding a life in Adana, their family has grown, and Fatima now lives in a house with her family of 10. “Two of my sons got married and had kids,” she says as she kisses one of her grandchildren. The family survives on the salaries of her two sons. Prior to the onset of the COVID-19 pandemic, they were able to cover the family’s needs, but now stable work opportunities are scarce.

“Everyone is struggling, our struggles have tripled with four toddlers to care for along with my son’s medication and mine,” she says. With funding from European Union Civil Protection and Humanitarian Aid (ECHO) and in partnership with the Danish Refugee Council (DRC), Support to Life (STL) was able to deliver much needed aid to Fatima and her family. “We received packages, including food items and diapers, to take care of the children and money to cover our basic needs and buy some of my medication,” she says. “This help was our only lifeline in this time of need.”

Now, with Turkey returning to a new normal, her two sons are starting to work again. “While they still cannot find work opportunities like they used to, we are thankful that they can at least cover the rent and food for the children,” says Fatima. She dreams of a time when the situation in Syria improves, and she will be able to return to her home with her family of ten and rebuild their torn country.

* This article was first published on the website of the Danish Refugee Council (DRC) on 18 December 2020.