I am strong, and will only become more so

Home » Blog » Category » Migration » I am strong, and will only become more so 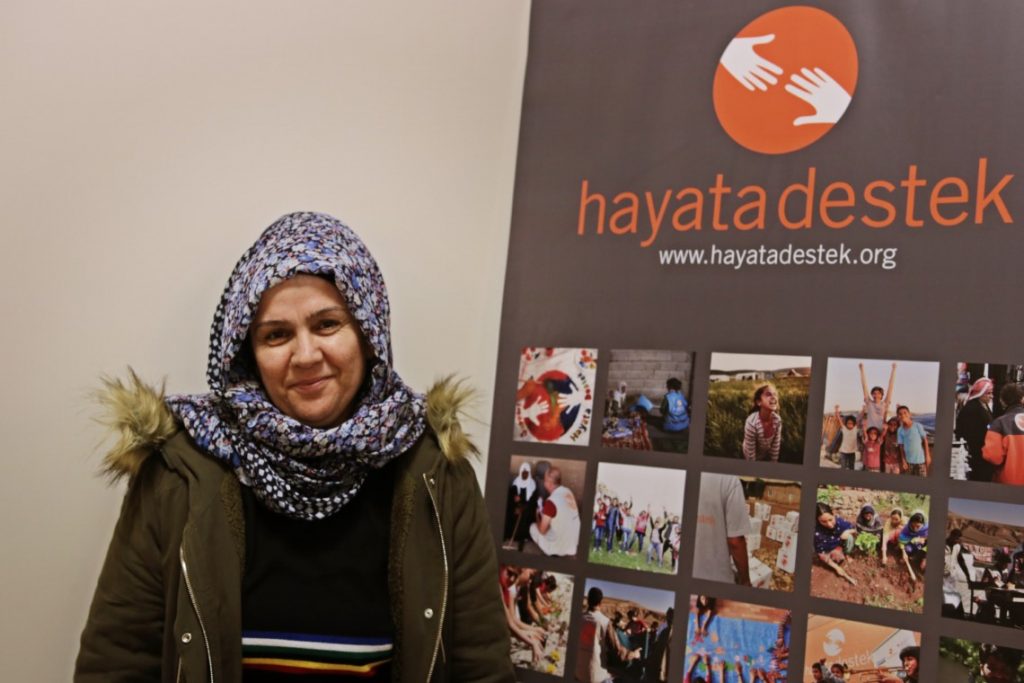 This year at our Mardin Support to Life Hub, where the work we conduct as the implementing partner of Diakonie Katastrophenhilfe and with the financing of European Union through its Civil Protection and Humanitarian Aid Operations focuses mainly on closing the ‘gaps’ and facilitating marginalized or at-risk refugees’ access to their basic needs and rights, community volunteers play an active role within our activities. Thanks to our volunteer team, our awareness-raising and information sessions are much more effective. Individuals that speak the language, that have experienced similar hardships, that know their fellow community-members form much stronger channels of communication and enable better solutions. Observing higher participation and our improved knowledge of prevailing needs reassure our trust in our volunteers.

When I paid a visit to our Mardin field this February, it was a welcome opportunity to meet our local team of volunteers. One of these volunteers was Cihan Fettah. She owned up her role and had a strong sense of purpose so as to why she is doing it. With permission of Cihan, I would like to share with you her hard but hopeful story.

Cihan has a bright face, and is full of life energy. Her care-free sincerity was evident from the first moment we met; it was impressive to say the least. She didn’t avoid eye contact. We didn’t speak the same language but we were mutually interested starting a conversation. Selma, the leader of our team of volunteers, was the bridge for us to converse. When I got to know Cihan better, I realized that it was precisely this bright attitude and high energy that brought her here. That’s precisely why she and her story is full of hope and inspiration, and empowering as well.

At the age of 35, she is the mother of five. She was married very early, at the age of 15. A year on, she had her first daughter, Ceylan, around her arms. But she didn’t give up on her studies. She continued school and finished high school. She received the required certification and began working as a teacher of preschool children. Around this time, they moved from Qamisli to Damascus. Her husband, working in transport, was also doing well. Both working, the husband and wife earned a good living for 5 years. “We rented an apartment in a complex with its own pool, we had a car, kids were going to school, things were in order” she says. Until the war came banging on the door, that is.

One morning we woke up with someone knocking on the door. We opened the door, an old man was crying at our doorstep: “Our home was struck by a bomb, my kids are stuck in the debris.”

Intense fighting and bombardments took place in Damascus and its surrounding region. The family tried to stay, along with 2 families that found refuge in their apartment. But the violence never ceased, but got worse. They decided to leave. First they returned to Qamisli but it was clear that they weren’t outrunning the war. They began planning their crossing to Turkey. First her husband crossed with his passport. A month later, Cihan and the kids passed illegally.

The journey itself, having to establish a new home, adjusting to a new life, the state of the kids, deprivation… This is a difficult story to take in. As she told me these, Cihan’s eyes would get cloudy every now and then. Nevertheless, she would find a breath of pause here and there just for a brief smile. I was taking my notes and listening to this story, different versions of which I’ve heard from many refugee women; failing to understand, feeling frustration in the face of destruction and meaninglessness of war.

I had noticed a lump inside my breast, back when we were still in Qamisli. We were trying to cross to Turkey, I didn’t think much of it. There were more immediate problems to deal with. This lump began to grow after we came to Turkey. Only then I realized, I had breast cancer.

I was shaken when I heard Cihan speak of her illness as if it is just a mundane detail. As if all she’s been though was not enough, here she stood, as a cancer survivor on top of it all. I said I was glad that I met her in such good health. She smiled.

I had to be strong, stand strong for my children. But it wasn’t easy throughout. I battled cancer for two whole years and in the end I won.

She had an operation three years after noticing that lump for the first time. The tumor was removed and was followed by radiation therapy and chemo to clear off remaining cancer cells.

It was during this phase in her treatment that her paths crossed with Support to Life: Once she realized how serious her condition is, she all of a sudden felt the weight of all her hardships –she went through a long depression and became introverted. Her family insisted her to visit Support to Life and seek psychological support, and she finally agreed. During her treatment, she regularly received assistance of Support to Life teams. Once her health improved, she began taking Turkish language classes. She began leaving the house more. She began socializing at STL too. She found new spheres where she could express herself and began feeling more confident. Eventually, she decided to join the team of volunteers.

I began volunteering to especially help STL reach out to women in bad health. I wanted to support them, help them find a path through.

Cihan’s story in itself is a manifestation of her motivation. In every precarious twist in her life; when trying to flee war, when looking out for her children, when fighting cancer… she time and again saw how crucial solidarity is. Now she draws from her own experience and supports the lives of many women. She is holding information sessions for refugees who are oblivious to their rights, especially women. Her involvement is not just though Support to Life either. On social media, via a vast Arabic-speaking group, of which she is a co-founder, she reaches out to 250 cancer patients spread across a vast geography.

We are stronger than cancer, we don’t let this disease conquer us. We support one another, we inform each other on different matters, we help one another. I don’t want other women to abandon hope or give up on themselves.

Despite all, Cihan managed to start a new life. She can now confidently say she feels home. She wishes that her children will also have lives with a sense of belonging here. Cihan is determined to share her energy, the things she has learned and her dedication to expand solidarity and she is determined to keep smiling. I feel this sincere determination in her words:

We survived a war but here we are, standing tall and we have to go on. Being a refugee doesn’t take anything for me, it ascribed a sense of larger purpose to my life. It is not the end of the world, being here… it’s a new beginning. I am stronger, and I will get stronger. 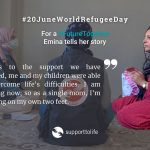 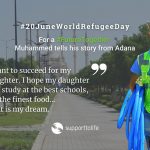