A Basic Need: To Understand and be Understood

Home » Blog » Category » Migration » A Basic Need: To Understand and be Understood 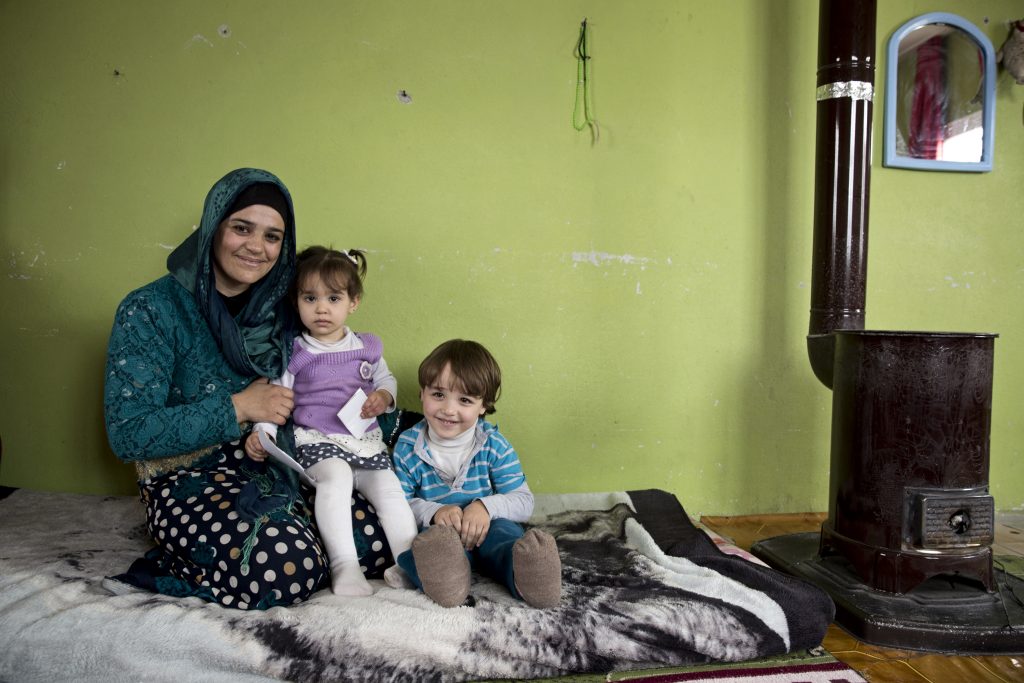 Elvin is 30 years old, married and has two children – Eflin and Aden. They live in Kazanlı, where farming (especially greenhouses) is the main source of livelihood. The day we reach there is just a couple of days after a strong storm. Some greenhouses have their roofs blown over and as we drive in the narrow roads between the fields, looking for Elvin’s home, care-takers are hard at work to get them fixed.

Kazanlı is remote. It is a farming town about 20 kilometers away from Mersin in Southern Turkey. Rows of greenhouses seem never-ending and there appear to be no distinct landmarks to give directions to. We have no trouble finding Elvin’s home thanks to modern technology though – she had sent us her location via WhatsApp earlier.

Elvin’s husband is at work when we arrive. Elvin welcomes us in and we are greeted by Aden, a 2-year-old girl with curious eyes. She seems happy to see us and giggles as we greet her. We walk into the living room and this time are greeted by Eflin’s equally friendly and cheerful manners. Eflin is Aden’s older brother, at age 5. He cannot move on his own as he recently had a procure and both his legs are in casts. This is part of an ongoing treatment he is undergoing due to a condition he has from birth.

“He is still in casts, but his mood is great. He took up an interest in drawing, so he either watches cartoons or draws for most of the time. I am giving him his injections and getting him to do his physiotherapy. I learned them from his doctor,” Elvin explains. Noting our surprise, she adds, “I studied nursing back home.”

Eflin was just 20 days old when they crossed the border as a family of three 5 years ago. Elvin’s husband worked at a local restaurant back in Damascus. When the clashes broke out, Elvin was a fresh graduate and they had to leave their home soon after. Their arrival at Mersin was mainly so that her husband could find work. Eflin explains that opportunities for work are a little bit better here but her husband still has to work very long hours to earn a living.

The Turkish labor market is not easy to navigate for Syrian refugees. Unemployment in the country is already high, at about 12 percent. In certain regions, scarcity in the labor or housing markets results in social cohesion challenges, including tensions with the local population. Moreover, Turkey, with an informal sector size at about 25–30 percent of official GDP, has the largest informal sector size (relative to GDP) among OECD members. This means that working without job security or insurance for little pay is commonplace – especially for Syrian refugees. Among nearly 4 million Syrian refugees living in Turkey, only about 28 thousand have work permits. Thus, many Syrians work informally with no stable income and often at risky jobs. Elvin says her husband has the Sundays off, but something extra often comes up and he works to make some extra money. Elvin notes that her husband’s exhausting work routine and Eflin’s treatment are the two main reason why she would like to move to a third country if they get the chance.

Since they are living in a remote area, loneliness is also a constant challenge for Elvin and her family. But she has a positive outlook. She says, “we don’t have any family or relatives here, but we are getting to know the people little by little.” Speaking of how isolation and the language barrier affect her life, she remembers how she found out about Support to Life and the support it provides to refugees:

“Language is a big issue… I remember, it was only when Eflin was 1.5 years-old that we realized he had this condition. But we couldn’t get him any treatment until Support to Life came into the picture. I recall very clearly. It was already a big effort to take Eflin to the hospital. I had to commute 20 kilometers and the minibusses didn’t want to pick us up because his stroller takes space. When I finally took him to the doctor, he examined him and began explaining things to me. But I could not understand a word of it. I took a seat in some corner and began to cry. Then there was this lady sitting next to me. She told me that there was this organization which, among other things, helped with the official documents, also gave translation support in hospitals and government offices and such.” 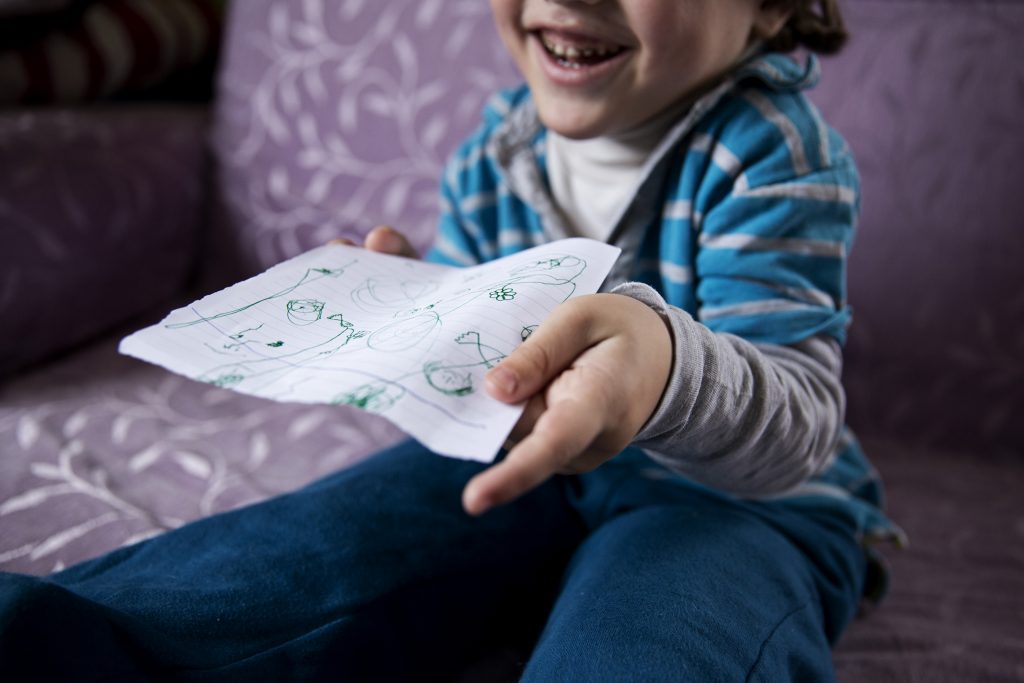 Hosting 3.6 million refugees poses serious challenges to the Turkish health system; in terms of shaping policy, organizing services and mobilizing resources. This is especially true for those provinces with the largest numbers of refugees: Sanliurfa, Gaziantep, Hatay, Istanbul, Mersin, and Adana. In addition to overstretched health capacities, language and cultural barriers are significant obstacles to refugees’ access to health service, as patients are often unable to describe their symptoms or understand instructions for treatment (1).

The work we conduct in Mersin as the implementing partner of Diakonie Katastrophenhilfe and with the financing of European Union through its Civil Protection and Humanitarian Aid Operations focuses mainly on closing these ‘gaps’ and facilitating marginalized or at-risk refugees’ access to their basic needs and rights. In this case, the story of our engagement with Elvin and her son Eflin is one that demonstrates how the language barrier or intricacies of bureaucratic processes can have a dramatic effect on the wellbeing of individuals and families.

Elvin recalls that when she consulted with Support to Life, her main purpose was to get an official disability report for Eflin. She had already accepted it; no treatment was going to be possible. Support to Life took over the process and Eflin could receive medical attention. As Elvin explains, “Soon, it became clear that there was hope, his condition was potentially curable. STL facilitated the process with the hospital and he had his first operation before it was too late. After his casts are removed, he will wear braces for a while and then he will have to have another operation. If all goes well, he may be able to walk.”

As we pronounce often, our mission is to ‘help disaster-affected individuals and communities meet their basic needs and rights’ and we do this in a variety of contexts, with differing methodologies ranging from direct provision of protection services to information provision and legal consultancy, from advocacy to awareness raising. In addition to these, sometimes we address the needs that are easily overlooked yet are most fundamental – such as the need to be understood and the need to understand.

The influx of Syrian refugees has, without doubt, introduced previously unseen challenges to local capacities – in healthcare, education or other services. Public institutions and other service providers are often overwhelmed and thus vulnerable individuals and families have difficulties accessing basic needs and services. This is why we work in 8 cities of Turkey with great scrutiny when identifying what kind of obstacles refugees face when trying to meet their needs and rights.

Elvin’s son will soon have his second operation and will then hopefully head for school standing tall on his feet. And if his parents, like thousands of individuals and families we come in contact with every year, soon need our assistance getting him registered to the school, we’ll be there for them.