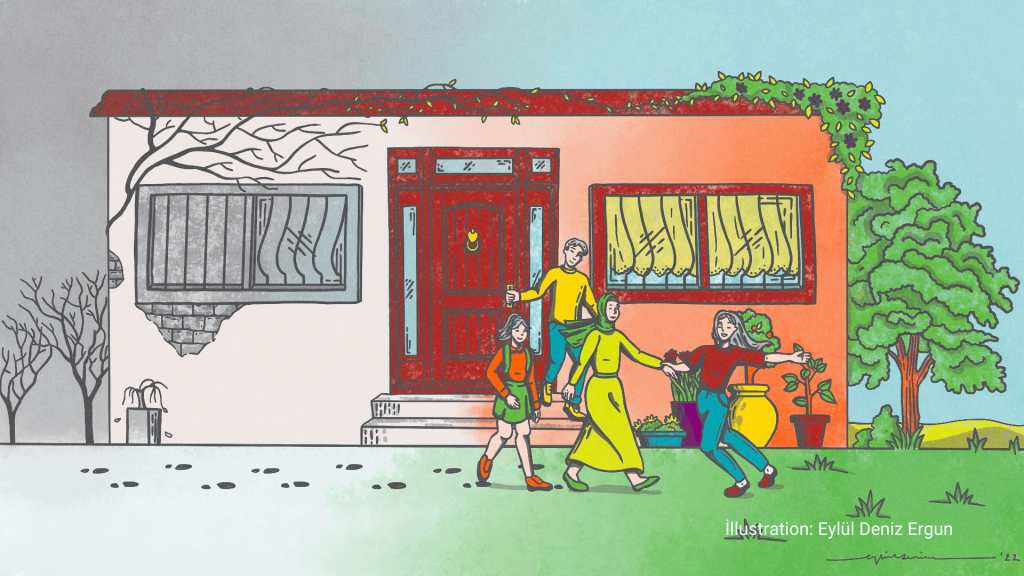 Accessing education or carving out space for self-expression and becoming financially independent can be difficult things to achieve for women, especially refugees. Vahide has been struggling for years, but she is no longer alone.

Fifty-year old Vahide* lives in Hatay, Turkey, with her three children. She fled Idlib in Syria four years ago. Before that, she spent her childhood in Lebanon and Syria due to her father’s job and never went to school. “I cannot read or write,” she said. “My father did not allow such things”.

When she was 22, she married her father’s relative in an arranged marriage. The domestic violence started on the first day of her marriage and continued for years. “I couldn’t get a divorce, so people wouldn’t talk about us in a bad manner. I never told my family about what I was going through.”

After her mother and sister lost their lives in a car accident, Vahide had nothing left to stay for. When her brothers who lived in Turkey offered to pay for Vahide’s travel expenses in 2018, she left her husband and came to Turkey with her children.

Vahide describes her first days in Hatay in southern Turkey as a constant struggle to cover her expenses. “I began cleaning houses once a week because my children were too young to work. At present, my 18-year-old daughter and my 17-year-old son are working and helping me with the living costs.”

Things took a turn for the worse when Vahide’s husband came from Syria and forced his way into her house. “I knew I was going to experience the same thing I had in Syria”, remembers Vahide. “I was sad.” When the violence reached her children, Vahide knew that she needed help. That’s when she reached out to Support to Life.

As Support to Life, we work to protect refugees against gender-based violence in Hatay and Adana. This project is financed by EU Humanitarian Aid and carried out in cooperation with the Danish Refugee Council (DRC). We helped Vahide and her children move to another house and provided them with rent support for two months, while our lawyer helped Vahide launch with the divorce procedures and access legal aid.

Now, Vahide and her children are living in a safe place. Although the rent support has given them some breathing space, they still struggle with financial difficulties, and Vahide is sad to see her children miss out on their education. Vahide’s children were good students in Syria, but her middle son has been working since he was 13 years old. He never went to school in Turkey. Her two daughters attend life skills courses at the Public Education Center. One of them left school because she was subject to peer bullying.

Vahide filed for divorce and the trial will begin soon. Despite all the difficulties, Vahide has taken a step towards a better life for her children and herself. We, as Support to Life, will continue to support Vahide and other women to help them build a better life with their families.

**Our beneficiary’s name has been changed to ensure her safety and protect her personal rights. 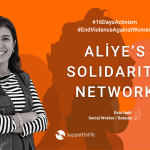